Double, etheric counterpart of the physical body which, when out of coincidence, may temporarily move about in space in comparative freedom and appear in various degrees of density to others. The belief in the existence of the double, or astral body, is age old, its acceptance as a working hypothesis solves many a puzzling problem in psychical research.
Nandor Fodor, Encyclopaedia of Psychic Science 1966 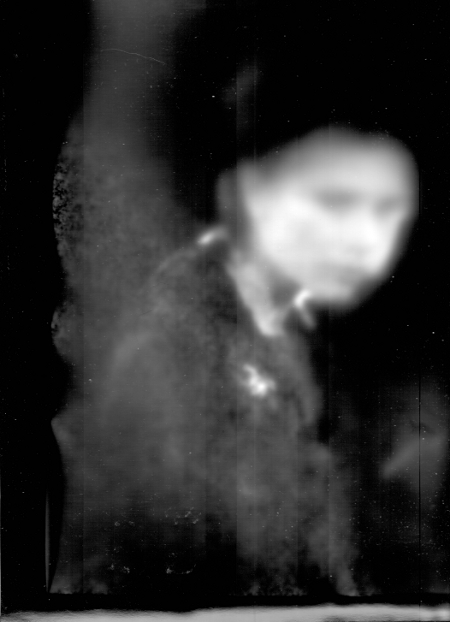 Image from the series Star Shots III – The Go-between