This is the first result with below mentionned origami kamera. Entirely folded out of on sheet of photographic baryt paper, very shortly (20 sec) exposed to light – focussing katier – unfolded, and finally processed in Tetenal Dokumol developer; The Pinhole had rather a size of a mousehole, but with a little bit of practice… This Origami Artefact unifies a kamera and its film in one solely piece of paper. Photographic paper folded as a Kamera, which after exposure unfolds and vanishes into the photographic result.

The entire photographic sheet as a negative (original result):

Digitally inverted as a positive: 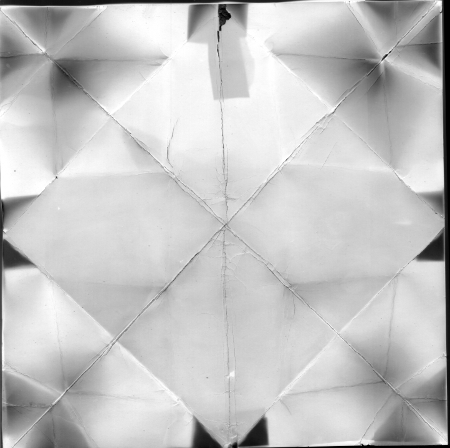 And a detail of the positive with an alleged katier revealed: 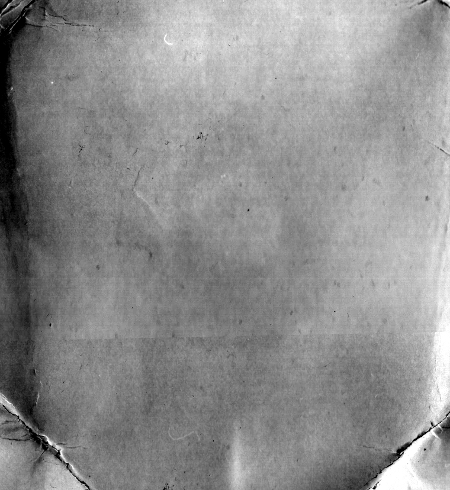