Below are some results of my experiments throughout a short trip to Peenemuende and an excursion to Tempelhof airport.
In Peenemuende, I hid photograpic paper in a development tank and left it on its own, floating in the sea, slowly filling itself with water, sand and luckily none of the hundreds of fiery jellyfish. After some twenty minutes I fished out the tank and took it home filled with lots of Peenemuende sea water, to later develop it in my newly installed laboratory. 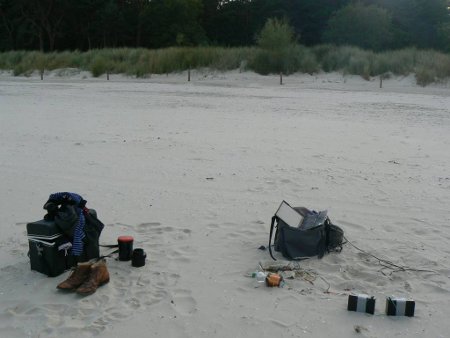 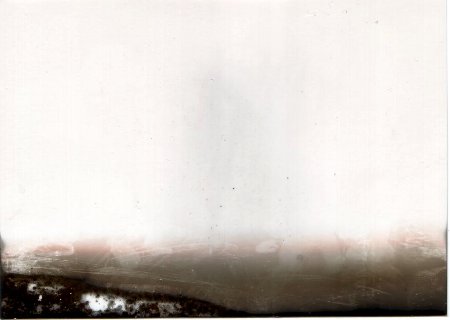 The images of the trip to former airport Tempelhof are the result of an originally sealed and hidden photographic paper attached to a tree, that had been stripped open – in my absence – by some curious or suspecting person. He or she must have been very dissapointed with their findings and left the sensitive paper and its former wrapping like some rubbish in the bushes. 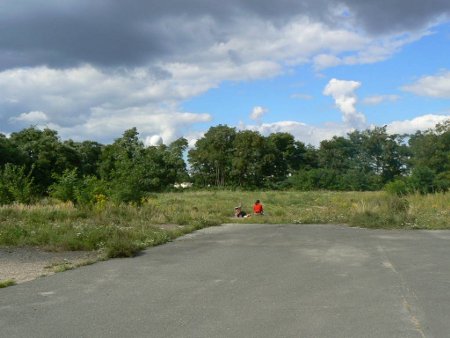 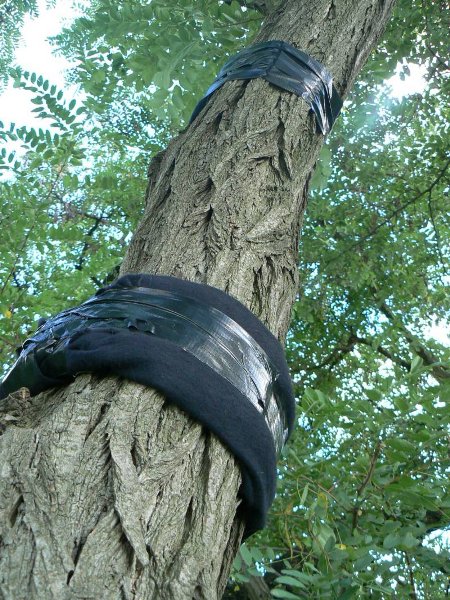 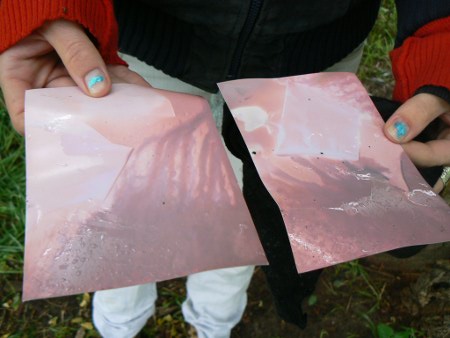 I took them home, and developed them expecting them to come out completely black, but as you can see: A curios result for lightsensitive paper that has been entirely exposed to light for quite some time, that incourages my plan to include light in my future thoughtographic investigations. 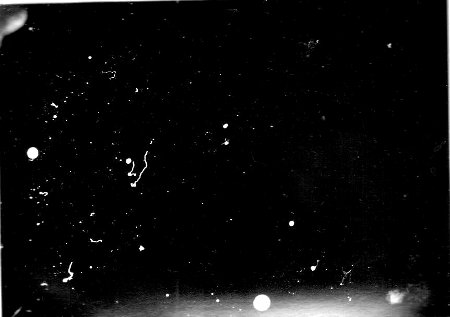